This post may contain affiliate links, which means we may earn a commission or direct payment, at no cost to you, if you click through and make a purchase. Read our disclosure for more info.

Do you love the cinema? We do. And this summer will be packed full of great new movies! The only downside is the cost. It’s a bummer that going to see a flick costs so much.

Ticket prices keep going up. The National Association of Theatre Owners reports the average ticket price was $9.11 in 2018. Between that, the popcorn, soda, and a box of candy on top of it, how can anyone afford it?

We’re fortunate that our local cinema has annual movie passes. For $99, we can see unlimited movies all year long!

AMC Theaters has something similar. They call it AMC A-List and it lets you see movies up to three times a week with no blackout dates. As a monthly membership, it’s a great deal. As long as we budget for soda and popcorn each month, it won’t throw our financial goals off track.

If you love the cinema as much as Andrew and I do, here are the best movies to put in your budget this summer. And if you’re on the fence, Andrew reviews each movie as it comes out to help you decide if it’s worth spending your hard-earned money on.

Table of Contents hide
The Blockbusters
The Remakes, Reboots, and Sequels
Promising Titles
Which Movies Will You See?

Superhero movies are a favorite of ours. Avengers: Endgame wraps up the last 11 years of superhero stories by Marvel Studios. We see what the world is like after the infamous Thanos “snap” that eliminated half of all life throughout the universe. This one released April 26, 2019, and if you haven’t seen it, it’s amazing. I might be biased since I am a huge Marvel fan – but it’s a superb movie.

Godzilla: King of the Monsters

Godzilla in 2014 wasn’t terrible. Not that great in my opinion but it did well at the box office. King of the Monsters is the sequel to that first film, and is a set up to Godzilla vs. Kong that releases in 2020. The giant-sized monsters are neat to watch, even though they’re seen as the “bad guys” in the film. Once thought to be myths, the monsters rise to wipe out humanity. It’ll hit theaters May 31, 2019.

Since we love Marvel, the new Spider-Man movies tops our list. Coming out July 2, 2019, it follows Peter Parker on a school trip to Europe with his friends. Nick Fury shows up to recruits Peter to team up with Mysterio and defeat the bad guy. It’s the first movie after Avengers: Endgame, and is the beginning of “what comes after” in the Avengers movies. Looks promising!

Andrew insists this movie be on this list of best summer films. I didn’t care for any of the Fast and Furious movies after the first one. But lots of people like the series. Hobbs & Shaw is the first spinoff to star Dwayne Johnson and Jason Statham. It comes out August 2, 2019. Side note: I might see it since it also features Roman Reigns, who is my favorite WWE wrestler.

The Remakes, Reboots, and Sequels

The third chapter following legendary hitman John Wick shows up in theaters May 17, 2019. This film showcases him as the target when someone takes out a $14 million contract on his life. Admittedly, I have seen none of these films. I like Keanu Reeves, though.

I am so excited about this movie! Aladdin is one of my favorite Disney movies of all time (though Jungle Book is my absolute favorite). This live-action remake of the 1992 animated classic comes out May 24, 2019. It’ll star Will Smith as the genie, and that will be cool to see.

The previous MIB movies were set in the U.S., but this one takes us to London. The premise appears to be the same: Following aliens around the globe to keep the humans safe. This one will be in theaters on June 14, 2019, and looks good. Again, I might be biased since it stars Chris Hemsworth – the same actor who plays Thor in the Avengers movies. It also has Tessa Thompson, who was Valkyrie in the Thor: Ragnarok film.

Everyone loves the story of Woody and Buzz Lightyear. I’m a little concerned this is the fourth installment. I’d hate for it to turn into something like The Land Before Time. That series had 14 movies and its own television show. It’s just too much. But Toy Story 4 appears to have a good message of how to fit in when you’re the outcast. Plus, it’s a Pixar movie and those are usually fantastic. Watch theaters on June 21, 2019, to see this one.

Another Disney remake, this life-like animated film is from the 1994 animated classic. You already know the story. Simba is born Prince of the Pride Lands and hopes to follow in his father’s footsteps. His uncle, a lion named Scar, plots to betray the family and take over ruling the lands himself. Not as excited about this as I am Aladdin, but The Lion King will be a great movie. It comes out July 19, 2019.

Coming to theaters on May 10, 2019, Ryan Reynolds plays a talking Pikachu. In this film, a man goes missing and his adult son doesn’t understand what happened to him. Pikachu plays detective and helps him look for his dad. This one is set in a world of live-action Pokémon, and promises to be full of fun.  After seeing Ryan Reynolds as Deadpool, I’m looking forward to seeing him in a role that’s completely different.

Andrew helped me put this list together and when I got to this one, I was like “whaaaaaaa????” A superhero horror film? Goodness. Who comes up with this stuff? Anywho, this film will release May 24, 2019, and answers the question “what if superman was evil?” I’ll be skipping this one.

Telling the story of Elton John’s life, this movie will give an inside look into his music career and struggles with depression, substance abuse, and acceptance of his sexual orientation. Rocketman will show May 31, 2019. It appears to be similar in fashion to the Bohemian Rhapsody film that came out last November, which I very much enjoyed.

This remake of the cult classic series will be in theaters June 21, 2019. I hate horror films. This one is characterized as a “slasher film,” which makes it sound just awful. It caught my eye because it stars Aubrey Plaza from one of my all-time favorite TV shows Parks and Rec. Oh – and it has Mark Hammel voicing Chucky (the same guy that played Luke Skywalker).

Once Upon a Time in Hollywood

Releasing on July 26, 2019, this is a crime thriller directed by Quentin Tarantino. It’s set in 1969 Los Angeles and takes a journey through Hollywood’s golden age. With Leonardo DiCaprio and Brad Pitt. It also has Margot Robbie who was Harley Quinn in Suicide Squad.

Which Movies Will You See?

Leaving room in your budget for entertainment is absolutely okay. Just make sure you keep it in check. Movies are also great as a reward when you hit your goals. For example, give yourself a night out at the movies when you pay off a credit card or hitting a savings target.

To spend less, make a plan before you go. Cutting back on popcorn and theater candy can help, and checkout matinee ticket prices to see your favorite films at a lower cost.

If you wait until they come out on video, you’ll save even more! Netflix, Hulu, HBO On Demand, and Amazon Prime make it easy to watch your favorites. And don’t forget about renting from Redbox, too.

Making room in your budget for your must-see films this summer will help keep your money goals on track. The point is to enjoy your movie-going experience and have a great time. Enjoy!

Amy Beardsley is a professional content marketing writer specializing in personal finance, insurance and FinTech. Amy's work has been featured in publications like NerdWallet, Insurify, DollarSprout and Club Thrifty. She resides with her husband and daughter near Grand Rapids, Michigan, and enjoys reading, camping and board games.

This site uses Akismet to reduce spam. Learn how your comment data is processed. 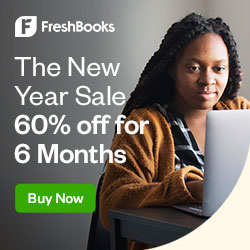